If adding the advantage to the betting event result, the betting event result (with advantage) is for the benefit of the selected team, the bet is won. If, after estimation of advantage, the result is for the benefit of the other team, the bet is lost. Meanwhile, if the result equals after estimation of the advantage, the bets for a draw with selected advantage win.

Asian handicap (Asian advantage) – is the double offer of the "Advantage", when the staked amount is divided into two equal parts. For example, if "Asian advantage" is offered (-1,-1.5) and 100 EUR are wagered for this outcome, then it is calculated that 50 EUR are wagered for "Advantage" (-1) and 50 EUR are wagered for “Handicap” (-1.5). Since the “Asian advantage” is a double offer, the final winning ratio can be less than 1 and the winning amount can be less than the bet amount. For example, a 100 EUR bet was carried out during the event Arsenal – Chelsea for "Asian advantage" of Arsenal team (-1,-1.5) with the ratio of 1.8 and the match score was 2:1. In this case, the 50 EUR bet ratio for Arsenal “Advantage” (-1) is equal to 1, and the 50 EUR bet for Arsenal “Handicap” (-1.5) is lost. The paid winning is 50 EUR.

Asian total – it is double "Total" offer when the wagered amount is divided into two equal parts. For example, if "Asian total" is offered (2; 2.5) and 100 EUR is wagered for this outcome, it is calculated that 50 EUR is wagered for "Total" (2) and 50 EUR is staked for "Total" (2.5). Since the Asian total is the double offer, the final winning ratio may be less than 1 and the winning amount can be less than the bet amount. For example, a 100 EUR bet was performed in the event Arsenal – Chelsea for the match "Asian total" TD (2; 2.5) with a coefficient 1.9 and the match finished with the result of 2:0. In this case, 50 EUR betting coefficient for "Total" of the match TD(2) is equal to 1 and 50 EUR betting for "Total" of the match TD(2.5) is lost. The paid winning is 50 EUR.

In cases when the after-time is played not because of a draw in the basketball match, but it is played because it is the requirement of tournament regulations, outcomes are recorded taking into account the result of the main match time. Meanwhile, betting on statistical values of the players in such matches is recorded including the extension.

In those cases when an after-time is not played in the basketball matches though the result after main match time is equal (friendly match, the playoff of the Eurocup tournament, etc.), the result after finishing of the main match time is recorded. In such cases, the ratios of bets on outcomes 1 and 2 (the final winner of the match) are equated to 1. All other outcomes remain valid.

The after-time result is not counted into the result of the second half of the match and the fourth half in the basketball proposal.

Football - bets on football matches are accepted for the regular time (90 minutes and injury time added) unless otherwise stated. If the betting outcome hits the total or handicap, the bet is refunded. If such a bet is involved in a combination bet, the odds for it become 1. A second yellow card for the same player is considered to be both – yellow and red.

The result of 0:0 is considered an even score.

"Who will advance further in the tournament?" Criteria by order: stage, place in a group, number of points, goal difference, goals scored.

TENNIS - handicap of outcome bets and the total result are accepted for all match time. If the result is equal (including handicap) or the total result is found, the wagered amount (sum) is returned (the winning ratio is equated to one). The ratio 1. is assigned to this event in the combination too.

When the team match takes place (for example, Davis Cup) initial bets remain valid after changing one or several participants from any team for any reason.

The data about the cover is informative, so when the cover is replaced, all initial bets remain valid. If one of the participants does not finish playing the match, only the outcomes of the played sets are valid and the winning is paid taking into account only a scored technical victory in the variant of the match winner interpretation. Bettings with other betting outcomes are invalidated. If one of the players did not start to play during the provided meeting (for example, disqualification, injury, refusal, etc.), the betting ratio is equated to 1. In all these cases, the betting ratio of bets with the selected from the betting proposal interpretation variants of the events outcomes is equated to one 1.

Handball - according to China's handball league rules, when one of the teams scores an advantage of 15 goals, the match is stopped and the advanced team wins. Such matches are accomplished and all bets remain valid.

Formula-1 - such betting events outcomes can be offered for guessing: a) "The winner" -  the winner is the driver, who wins the first place according to the primary classification protocol immediately after the race; b) "The place of the racer in the interval" (from the first place to the third place, from the first place to the sixth place, etc.), which is won by the racer according to the race protocol; c) "Who is better" - it is offered to select one racer from two racers, guessing, who will be the better racer. The better racer will be the racer that took the higher place.

Boxing/Martial Arts - on "Total rounds Under/Over". For settlement purposes where a half round is stated then up to and including 1 minute and 29 seconds, will determine settlement as "Under"; 1 minute and 30 seconds and after will determine settlement as "Over" the respective round quote. For MMA fights specifically, where a half round is stated then 2 minutes and 30 seconds of the respective round will define the half to determine "Under" or "Over". 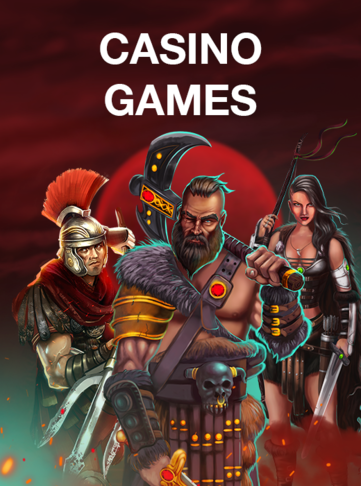 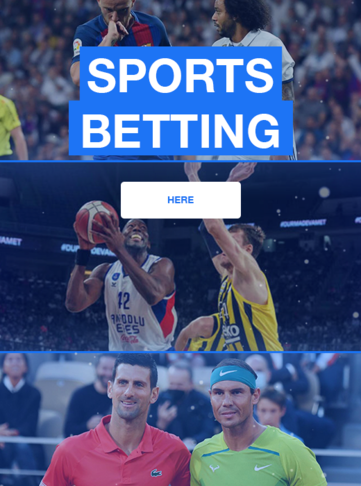